There Are No Leadership Positions 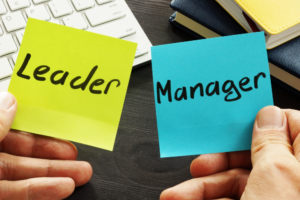 Too often we hear – or maybe even say, “they’re in a leadership position“. At best, this is misleading. At worst, it’s flat out wrong. Your title makes you a manager. Your role makes you a leader.

A title defines a management position. If you are in an executive, director, or manager position, you have responsibility for managing schedules, objectives, and assets. Positions and titles can be given or offered by organizations.

Definition of Position according to Meriam-Webster

Your role defines your leadership. If people follow you, regardless of your title, you are a leader. Your title could place you at the lowest level on the totem pole, but you may still be a leader. Roles and influence must be earned from those you lead.

Definition of Role according to Meriam-Webster

It is well understood that management is not the same as leadership. So let’s stop suggesting a position identifies a leader. Your position makes you a manager but your role makes you a leader.

My passion is helping others fix and prevent bad bosses in their organizations. I do this primarily through blogging, speaking, consulting, and books. I'm the author of Paradigm Flip: Leading People, Teams, and Organizations Beyond the Social Media Revolution. I'm also often asked to speak on my unique perspective of social media as a tool for greater leadership. To know more about why I love servant leadership, check out, "Why I Started ModernServantLeader.com".