There are many leadership lessons in Les Misérables. This is one reason I’ve been a fan of the story in it’s many iterations, including the original novel by Victor Hugo, the Broadway production and other productions. After seeing the recent movie release, I decided to capture and share some of these leadership lessons with you: 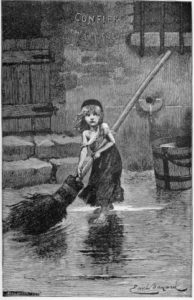 Lesson 1: As a leader, your inaction is as important as your actions

In Les Misérables, Fantine is fired by the foreman who is jealous she has not accepted his sexual advances. Fantine does nothing wrong, but is falsely accused by coworkers. As a result, when leading character Jean Valjean leaves resolving the accusations to his foreman, Fantine is thrown out on the street. This begins Fantine’s downward spiral, ultimately leading to her death which leaves her child without a parent.

Lesson for Leaders: Be careful what you delegate. You must be willing to accept the consequences – however tragic. Jean Valjean does. He ultimately finds Fantine’s orphaned child and raises her, as his own.

Lesson 2: As a leader, you are accountable for the ethics and morals of your people

In the same scene, we see the foreman frequently molests female workers in Valjean’s factory. Yet Valjean delegates matters to him as though he can be trusted. It seems clear to everyone in the factory but Valjean that the foreman should not be trusted. Valjean’s character is strong, but his judgement of his foreman is lacking.

Lesson 3: As a leader, you must deal with uncertainty

In Les Misérables, Police official Javert struggles to comprehend Jean Valjean, who does not fit his “black and white” view of the world. Valjean, who was imprisoned for stealing food for his starving family, shows Javert that not all convicts are bad people. This does not fit Javert’s simplistic views. Ultimately, Javert can’t handle this realization and commits suicide to free himself from an uncertainty he cannot handle.

Lesson: Taking a leadership role means you must deal with issues that do not have a clear and concise answer. This is often why issues escalate to you – the answer is not clear. Accept this and make the best decision you can, with the information you have. 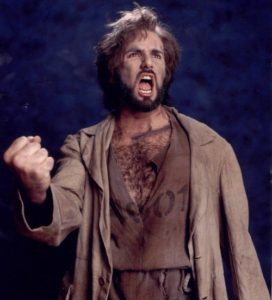 Lesson 4: For strength, leader, look to your Faith

Facing persecution and rejection at every turn after being released from prison, Valjean is saved by a priest. The priest gives him all the silver and gold he has, explaining (movie version), “you must use this gold to become an honest man. I have saved your soul for God”.  The rest of the story is one about forgiveness, salvation and grace. Valjean finds his strength throughout in his faith, as do several other characters.

“My soul belongs to God, I know. I made that bargain long ago. He gave me hope, when hope was gone. He gave me strength to journey on.” – Jean Valjean

Lesson: As a leader, you will face challenges and dark days. You will regret some decisions. This is a burden of leadership. Your faith will give you strength to journey on.

Of course, there could be many more lessons within these scenes and others. Which were you favorite leadership lessons from Les Misérables?