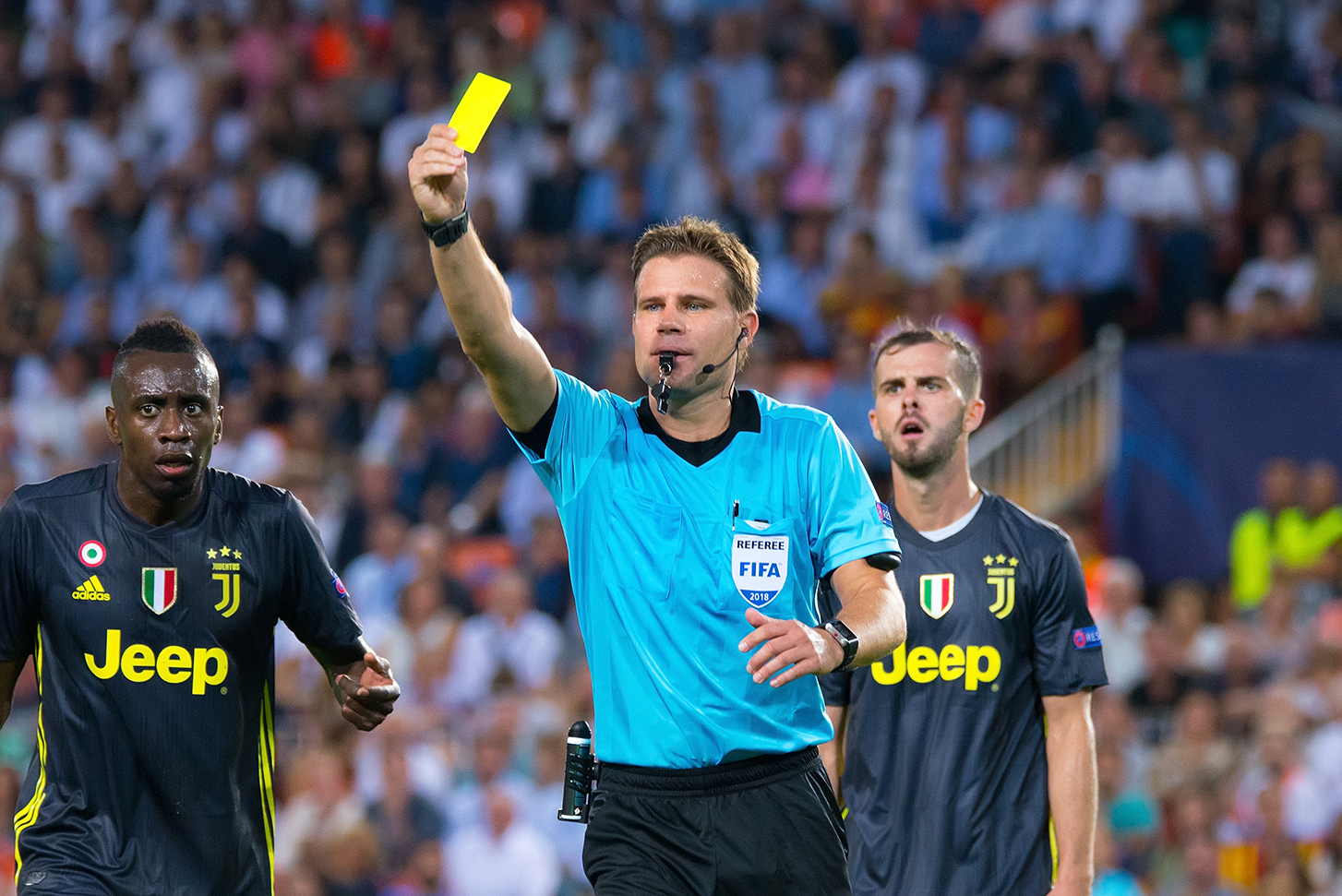 VALENCIA, SPAIN - SEP 19: Felix Brych shows a yellow card at the UCL match between Valencia CF and Juventus FC at Mestalla on September 19, 2018 in Valencia, Spain.

FIFA just threatened to penalize any team wearing an armband showing support for LGBTQ and other marginalized communities in the World Cup. This is a black eye to FIFA and the global soccer community. Where is the leadership at FIFA?

Any captain showing support for marginalized people in a country where homosexuality is illegal, will be penalized with a yellow card. If they should get another yellow card during the game, for any reason, they will be ejected and their team must play down a man. So the risk and penalty, is harsh.

This latest decision by FIFA is another attempt by the organization to cover up their enablement of human rights offenses by hosting the World Cup in Qatar. In Qatar, not only is homosexuality illegal (punishable by 7 years imprisonment), but women are still subjected to men for decisions regarding basic healthcare, permission to travel, and more. In addition, freedom of expression and assembly for anything perceived against the government or for unionization may be a crime. As a result, there have been many documented cases of migrant worker abuse, in preparation for the World Cup.

What FIFA President, Gianni Infantino and team say to the world with these decisions is clear: do not stand up for human rights. In fact, if it makes your life difficult, costs you money, or risks your well being, back down and promise to do “something else” perceived as “less controversial” to feign your support.

Not a Political Issue

Supporters of Qatar’s laws against human rights argue this is a political issue and politics does not belong in sports. Politics is about whether to invest more in infrastructure or education one year or the next. These are basic human rights issues. Every human being has the right to express themselves and live their lives without fear of violence against themselves or their loved ones. This is an especially strong issue for Americans who saw a gunman kill 5 and wound 21 people at an LGBTQ nightclub, in Colorado Springs, just two days ago.

Real leadership requires confrontation. Good leaders tackle challenges even when it requires risk. Bad leaders take the easy path and permit bad behaviors to continue unchecked. Consider the bad boss who gets results, but does so by abusing others. It requires a real leader to do what is right, even if there is a cost to that confrontation. And what about the countless children who idolize these amazing soccer players? Thanks to FIFA, the millions of children watching the World Cup this year will receive a lesson in bad leadership.

As a leader in your organization, you may not have the whole world watching your decision. Yet these decisions by FIFA and others influence our thinking. Take this as a learning opportunity in what not to do. When you see a wrong in the workplace, don’t take the easy path. Stand for what is right and what needs to happen to serve your stakeholders.